How to Be a Television Expert

Pitching a story that is timely and related to your industry where you can provide expertise on the topic. Is your story timely, informative and relatable? Do you have extensive knowledge on it? If the answer to these questions is yes, then you have the perfect story to pitch. See how Je’net Kreitner landed in the media by watching the video and reading the post below.

This story brought to the forefront that homeless people cannot receive chemotherapy treatments unless they have a home to go to afterwards. Grandma’s House of Hope has a specific homeless shelter just for the homeless with cancer. Bringing this issue to light and sharing that there is a resource in their community made this story relevant.

The news anchor does stories about health alerts and knew this would be the perfect story for that segment. It is emotionally charging and makes people stop in their tracks when they hear this terrible statistic.  The media wants stories people will want to watch and this is one that certainly grabbed attention. The knowledge that Je’net shared on this segment also made it very helpful and educational to viewers.

In this health alert, battling cancer is hard even when you have the support system you need. But it’s even harder when you don’t have a roof over your head. While there are a number of nonprofits geared toward helping the homeless, one Orange County organization goes even further, helping those who are also diagnosed with cancer and have nowhere to go. I’m joined Now by Je’net Kreitner, a best-selling author and founder of Grandma’s House of Hope in Santa Ana, who was also homeless yourself at one point 25 years ago and just your stories incredible. And I mentioned the best-selling author because you wrote just that, a biography about what you’ve gone through. But today, let’s talk more about what you described as a death sentence because of the delay that the homeless receive and medical care.

Sure, you know, this whole started when a woman in our program was diagnosed with cancer. And in reaching out for resources and referrals for her I said there was a real lack in services for the homeless. So if you are homeless and you have cancer, you can’t get treatment unless you are living somewhere. So in realizing that one in eight women are diagnosed with cancer, that certainly doesn’t escape our homeless population.

So I’ll give you an example. We had a lady with us named Marta. Marta had a well-paying job at a corporation for 15 years. She was diagnosed with cancer, went into treatment, had a double mastectomy and in recovery, her husband was diagnosed with brain cancer. He passed away after only four months. She started to go back to work, but was grieving and having all these medical issues as well. And eventually they laid her off due to her inability to do her work basically.

So, she went back to her apartment and eventually the money ran out for her unemployment and her savings, and she had to leave her home and move into her car. So, when the car became her only refuge and her home and she gave that up so that she could eat, she moved into the park next to the library where she used to go to and read books because the homeless gathered there and she figured she just joined the group.

So one day she couldn’t get off the concrete and somebody called 911 for her. And when the EMTs showed up, he looked at her and he looked at the way she looked, he assumed she was an addict or an alcoholic. And he lifted her up on her feet really roughly like this and said, what makes you think you deserve a ride to the ER? So totally dehumanizing her. He wouldn’t even take her backpack with her, which had her ID in it and a few last trinkets that, you know, represented her life previously.

And when she got to the hospital, she received the news that she had fourth stage cancer that metastasized all through her body. And when the doctor told her that she just figured she’d just go into chemo and go back to the park and deal with it. And he said, absolutely not your immune system will kill you out there. So he gave us a call at Grandma’s House of Hope, we brought into our home and she lived with eight other women who had breast cancer or ovarian cancer. And we had her in remission for 18, beautiful long, wonderful months until we did absolutely end up losing the battle with cancer.

But if we weren’t around and if there aren’t programs around for women with these kind of illnesses, getting a diagnosis of breast cancer is like receiving a death sentence.

I cannot imagine the pain and the stories that you see day in and day out. Your organization alone, treats more than 3,500 people a year.

So, how do you keep up with the demand? Especially as the number of homeless continues to increase here, across Southern California.

We grow every year. Next year we’re planning three new homes. So we’re adding, I think 56 beds next year to our program. And currently we have a hundred fifty Seven beds in 14 shelter locations. We don’t like to call them shelters, their homes to us. They’re very different from the warehouse type environment you might imagine a shelter being. Because we want people to feel like this is really their home and their environment, and that they are creating community that hopefully they’ll know the rest of their lives. And not just those who are diagnosed with cancer, but you’re seeing moms like yourself coming with kids who cannot give them a meal.

I mean your story, briefly just tell us about that.

Oh gosh, that’s hard to briefly tell you my story. I became homeless 25 years ago out of a domestic violence relationship. It took me, well took me about three years to come back from that. But, you know, the first night I was homeless I slept in a phone booth. Because we had them 25 years ago, we don’t anymore. But it took me a while to come back from my situation and in doing so, I really felt like I needed to give purpose to what happened to me. So, we opened up our bedroom and our home. We brought one homeless woman home from the bus stop named Harriet. Got her fixed up and into an apartment and then we brought it in another family and then other people. And eventually we were counting everybody in the hall and everybody living with us outnumbered our nucleus of family. So we moved out and we gave that home up to be our first shelter location.

Your first shelter or location as you call. It’s the Grandma’s House of Hope in Santa Ana. How can people help?

People can help in a lot of ways. We’re coming up on the holidays obviously. There’s a whole adopted clients, you know, kind of a wonderful holiday thing that you can do. You can send in blankets. We’re big on blankets right now in bathrobes. You can certainly serve support us financially. Every dollar we use we use very well, 89 cents out of every dollar goes directly to programs and services.

Wonderful, and I hope people take away, you know, Marta’s story. And just even if you can just give a little to help people like her in that situation, right? I’m so glad you guys were there.

You can actually watch Marta’s story on our website. It’s called Marta’s journey and I recommend, you’ll hear directly from Marta, about how we affected her life.

Wonderful work. Thank you so much for being here today. Again, this is Grandma’s House of Hope in Santa Ana. Je’net Kreitner. Please come back in and talk to us again. 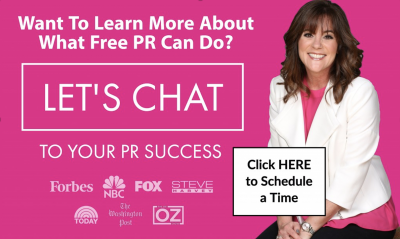