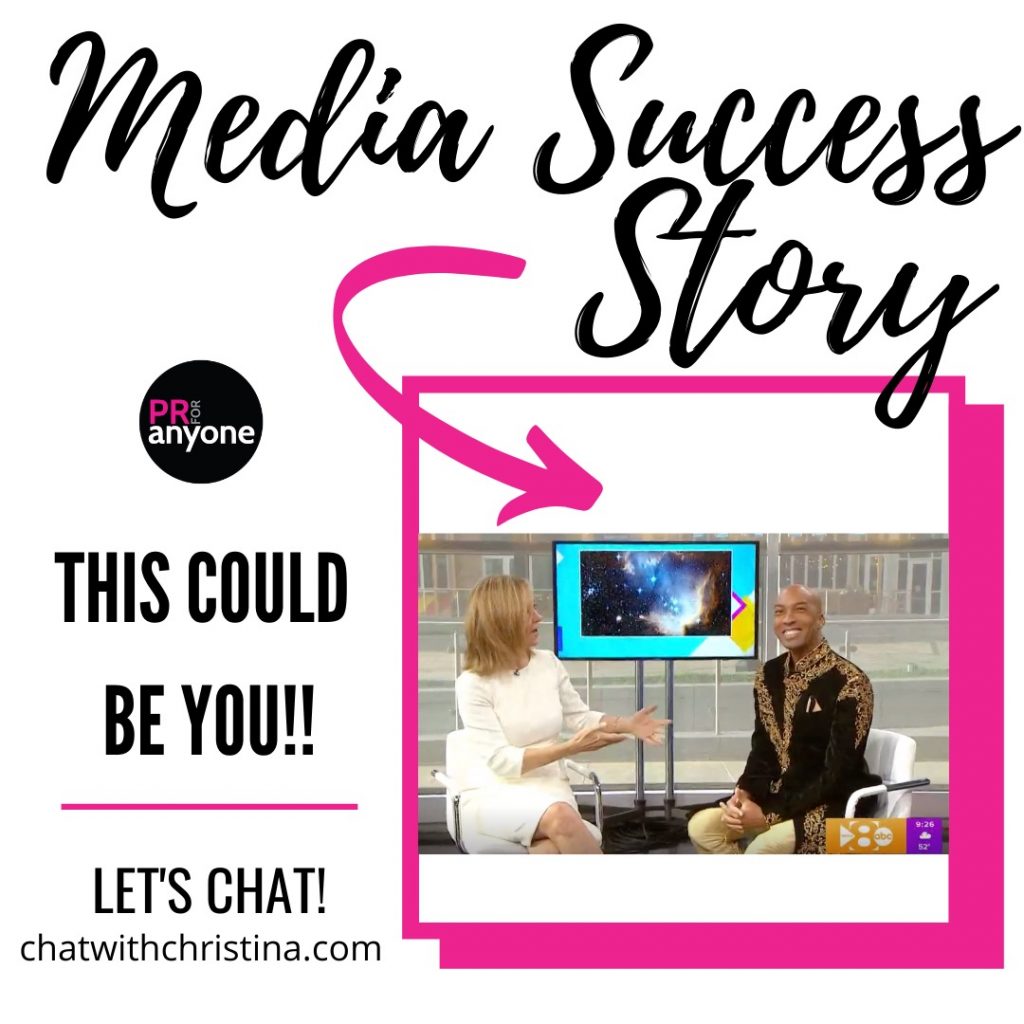 If you are interested in being on morning television, reading this case study is a good place to start! Take this example and tweak it to fit your idea best. Calvin Witcher took his unique profession and pitched it to the media. If you have something similar to him that you think would spark the interest of the media, then start working on your pitch now! Watch the video below and read the post about it to learn more on what you can do. 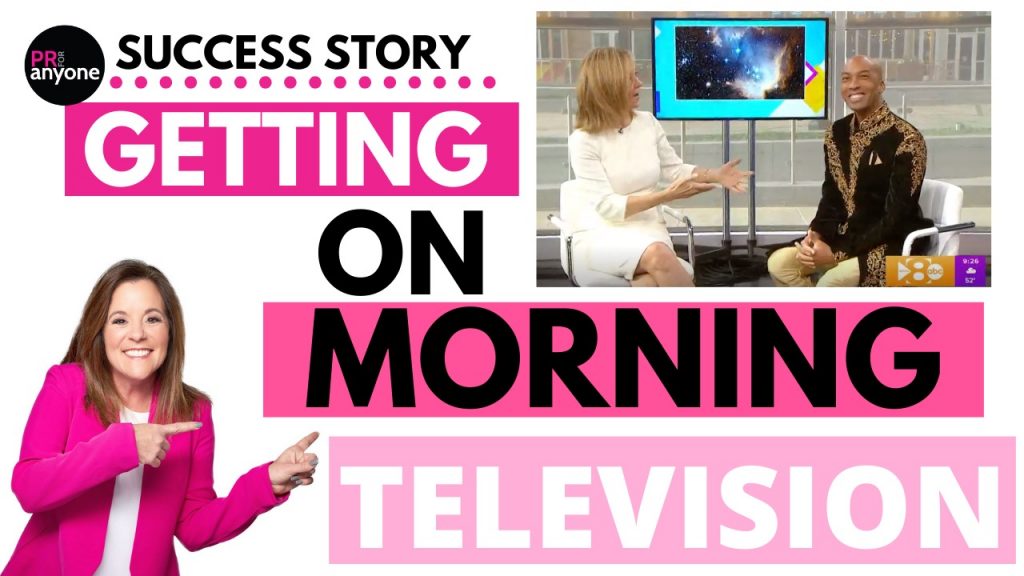 This is an appealing and out of the ordinary occupation to have. Often, people are skeptical when it comes to those who make a living off of making predictions and conducting readings on others. Doing this live on morning television is intriguing to viewers. They won’t want to miss the entertainment of watching someone do a reading live.

Being the beginning of a new decade, the news anchor is intrigued with the idea of him being able to forecast the new year. Along with that, the news anchor is also interested by his offer to read her live on television. He pitched a story that wasn’t only in the interest of everyone watching, but also something that would be entertaining for the anchor herself.

2020 is not only the beginning of a new decade but also a new golden era and here with his 2020 forecast is profit Calvin Witcher. Good morning.  You’re going to do a little reading on me in just a second. And before we get started – that’s at the end – but before we get started, how are you going to read me? You don’t even know me. I do my best work with people I really don’t know. I find that it’s a lot more authentic and when I don’t know someone they tend to be a little bit more wowed. What are you worried about me? Right now? My process is really interesting. I typically see things and see pictures, experiences that people may have a lot of. What I do as a prophet is future base. So I may see what’s going to happen six months from now, maybe 24 months from now. It just to depends. Okay, well, we’re going to get to the in just a second.

But first of all the year 2020, why is it special? 2020 is of a new decade. First of all that a lot of things that happened astrologically, numerologically twenty is a really symbolic number of companionship, relationship. So anyone looking to get married this year, it’s a really good time to do that. Love is in the air if you like money. I think all of us like money . This is going to be a really, really interesting time for that as well. It’s good for money and love how can you lose? Can’t go wrong with that ? So what are some of your biggest predictions for 2020? Let’s start with celebrities, you know celebrities,

Okay, speaking of elections coming up, what about world politics? World politics I really feel like we’re going to see a greater push with China for sure with the United States being a little bit more involved. I see with our economic system, we’re going to see a different shift but more in the realm of economics with entrepreneurship. Business ownership which can really affect a lot of how people look at their job. So  who’s going to be elected president? You know what, I get asked that a lot. I will save my personal predictions on that.

I think that what we have seen we will see again. So I don’t think it’ll be anything unusual. You know how that process goes. All right, let’s get to climate and we’ve seen so many natural disasters. It seems like there are more and more of them. What do you think? Are we going to see a continuation of that? I think we are going to see a continuation. Unfortunately, I know a lot of people don’t like to hear that. One of the things I said last year was talking about the weather here in Dallas. I think we’re going to see a little bit more of that. I think we’re going to see more heat this year with Dallas so I would have people really prepared for that as well.I hope it’s nothing like Australia. Yeah. Yeah. Well what’s going on right now? It’s horrible.

So we’ll see if you’re right. Okay, what about now, you said you’re going to tell me something about me. So I’m curious as to what this is going to be. You know, it’s interesting. I really see a lot of things with you regarding family this year. I see a lot of things regarding your love life but mostly of career with you. I see that you’re going to be making some really drastic changes this year when it comes to career. I’m not going anywhere! I promise! It’s gonna come to the forefront a little bit more. You got to take that a little bit more seriously. I see you working with a little bit more of a philanthropic arena, maybe with nonprofits. Really helping exposure seems like it’s going to be a really key thing for you. So I still see you being here. That’s good for ABC but a little bit more focus on the entrepreneurial and business side of things. Have you been reading my journal every morning that I write?No! You have a journal? But I will check it out.

That’s so funny! that Especially around August or so is going to be a really key month for you. Okay. We’re good. Alana. August is a key month for me. It’s for me. Okay. Remember that? I’ll remember in August. Okay. Thank you. It was very fun to be with you – really interesting. Good. Okay, you can learn more online at CalvinWitcher.com