How Social Media Can Get You Found by Traditional Media 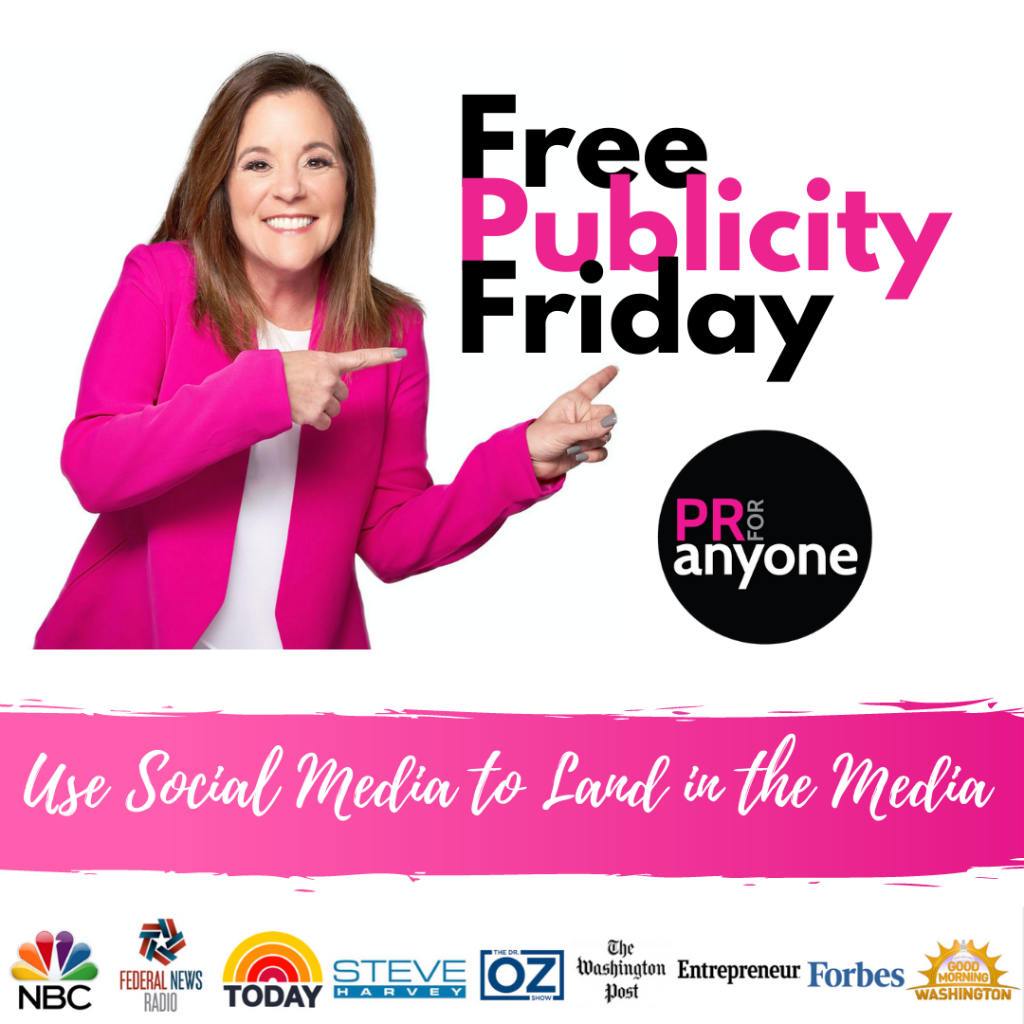 Use Social Media to Land in the Media

Did you know you can use social media to get found by traditional media? I know that social media can be daunting and trying to post regularly can feel like a full time job with no paycheck. But knowing you can kill two birds with one stone – posting good content that gets picked up the media – should help to inspire you. When social media is done strategically, you can align yourself with influencers and even get picked up in the mainstream media. My client Adam did just that. In this article, he is quoted in a story about Nike and his quote, directly from Twitter, is right there, along with a quote from CNBC. This instantly positions him as an expert in his field (he owns an HR firm). It exposes him to millions of people because both Nike and CNBC are tagged in this article and it gives him something to share with existing and potential clients showing his authority at the corporate level to discuss an HR issues such as diversity and inclusion. He gets to ride the coattails of influencers like Nike and CNBC and thus align himself with them. 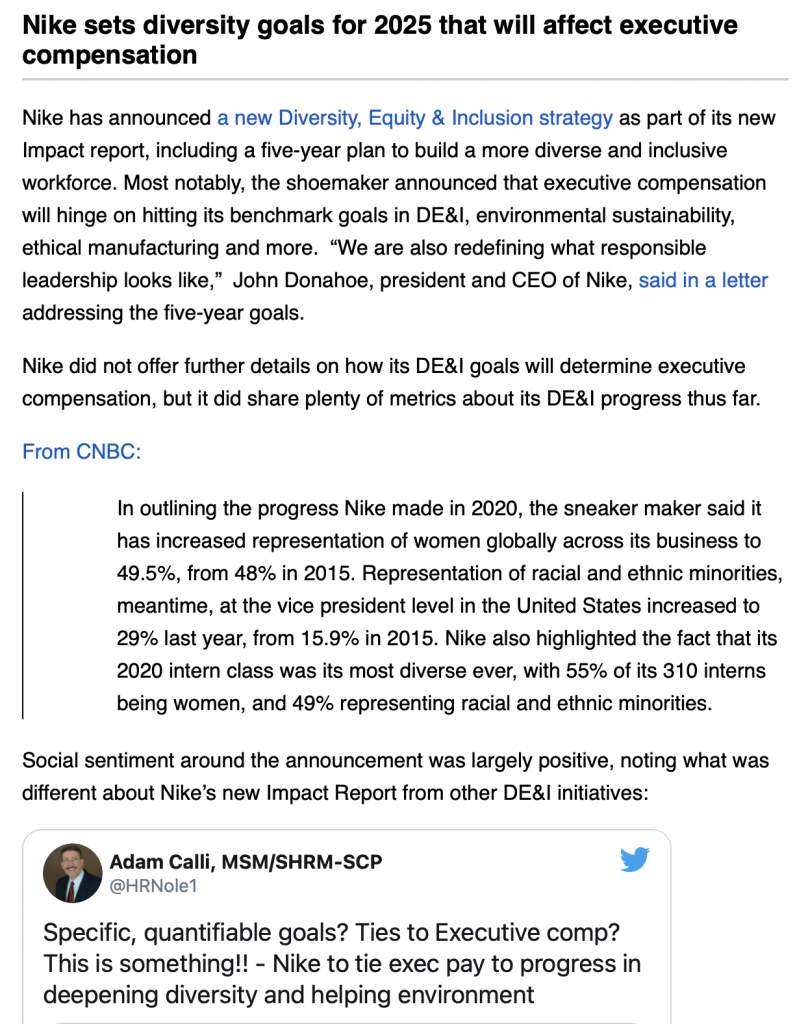 This was a story Adam found online and shared on social media with his opinion. He didn’t even have to reach out to the media, they used him based on what they found on social media. This is why using hashtags is so important and knowing how to stand out in the crowd when posting. Here is a video I did to help you with that.

USING HASHTAGS TO GET FOUND

What Adam did was take a trending story and he “newsjacked” it. That means he positioned himself as an expert into a story the media was already telling. This is so much easier than creating a pitch from scratch. Give the media what they are already looking for – information on a story they are covering. A hot story doesn’t just go away. There are many various angles to it so by giving the media a new perspective, you help keep the story going.

Here’s an interview I did with David Meerman Scott, the man who coined the phrase “newsjacking.” We go in-depth on what newsjacking is and how you can do it successfully.

I named my company PR for Anyone because anyone can land in the media. Anyone can get publicity! I provide weekly tips that you can find on our YouTube Channel. Watch this week’s video below or get more by reading the full transcript below. If you want to chat about your PR and visibility, click on the box below or use this link >> Let’s Chat NOW is your time to by seen as THE go-to expert, an A-Lister in your industry! It’s going to be someone so let’s have it be you and not your competitor. I’d love to connect.: Also, get your free Blueprint to learn how to do this >> HERE 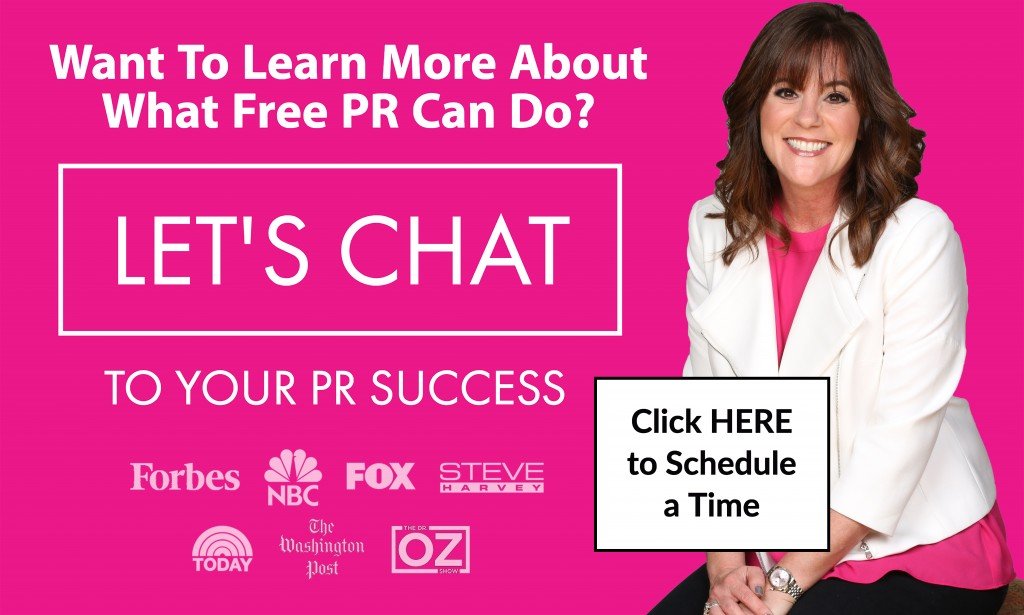 Hi everybody. It’s Christina Daves with this week’s Free Publicity Friday PR Tip. This week I want to talk about the power of social media and how that can get you found by traditional media. My client Adam, who’s an HR specialist and has an HR firm, was discussing Nike’s new tie of diversity plans to their CEOs compensation and he tweeted something out about it, and he was then requoted in another article talking about Nike and everything and they used his tweet in there. So, when you align yourself with influencers on social media and you say something that’s impactful, you give a quote that a journalist can just pick up,
it’s an amazing way to connect yourself with them. So imagine how many people now saw this article. They see he’s in HR because he’s quoting about Nike’s corporate structure and then he gets more followers and you know the media picks him up and he’s seen as an expert.

So think about that when you’re putting things out on social media. How can you position yourself as an expert? Again, we’re going back to newsjacking. What’s happening in the world today that you can quote yourself on and be an expert and get picked up in the media? So that is this week’s tip. I have a wonderful free gift for you if you’re interested to learn more about how to do this, go to CaptivateandCashIn.com/Blueprint and you’ll learn about messaging and how to do this kind of stuff and how to land in the media. So I’m super excited! Download your blueprint and let me know if you’re featured in the media and maybe I’ll feature you in a video like this.